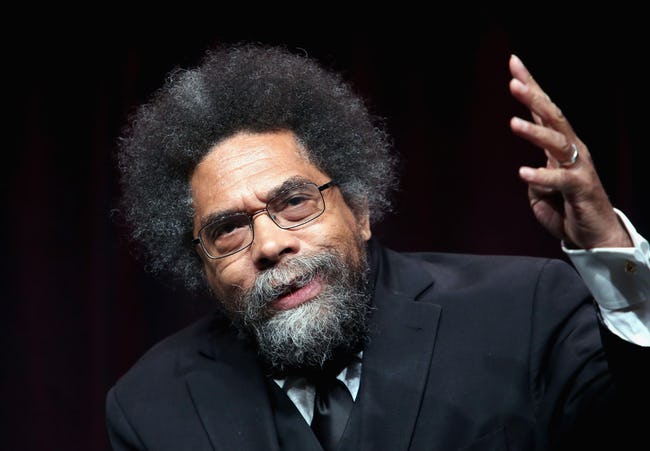 Tulsa Native Randi Love Giving To Give Back

When The Oklahoma Eagle learned that Dr. Cornel West would be speaking in Tulsa at the Mental Health Association Oklahoma’s (MHAO) 23rd Annual Zarrow Mental Health Symposium, it reached out to him for an interview. His remarkable staff made sure he got the message to which he so graciously responded. Upon arrival in Tulsa, he made his whereabouts know and sat down to talk with The Oklahoma Eagle prior to his keynote address.

The Oklahoma Eagle had just one question, on the record, for Dr. West; “Stephen Paddock, mentally ill or evil?” He said he could not answer that question until all the facts are in, however, “If the brother, himself, suffered from mental illness, then it is hard for him to take full responsibility for his actions.” He further stated, “You can actually have evil acts committed by folks who are not fully in control. If you’re fully in control then you’ve got to take full responsibility.” 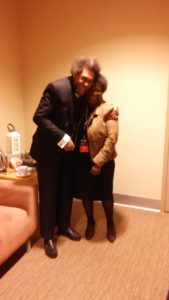 To draw a comparison, he paralleled the actions of Dylann Roof; the convicted mass murderer of the church members in South Carolina. He said, “Now the sick white brother who killed those precious folks in South Carolina, that was evil on both fronts. He is a white supremacist with no regret, no remorse.”

West delivered his address, Justice is What Love Looks Like in Public, to what was estimated to be over 800 people. Early in his message he talked about white supremacist ideology, saying that it “…is based first and foremost on the degradation of black bodies in order to control them. One of the best ways to instill fear in people is to terrorize them. Yet this fear is best sustained by convincing them that their bodies are ugly, their intellect is inherently underdeveloped, their culture is less civilized, and their future warrants less concern than that of other peoples.”

If you have been privy to West in conferences or on film, you will notice that for the past 20 years, or so, he is always wearing the same thing; that is, a black suit, white shirt, black shoes and socks, black tie, and a black scarf around his neck. One of the first questions asked of him was by Tim Dearhamer, of Tulsa. Dearhamer prefaced his question with the comment that West is not only an “amazing oral communicator” but that he also “communicates with his clothes.” He asked West to explain the symbolism of the scarf around his neck for the benefit of those that do not know. West calls it his “sartorial practices.”

West said Martin Luther King, Jr. told the youth in Birmingham to put on their “good clothes” because those good clothes were cemetery clothes, and they had to be “coffin ready,” given their commitment to love and justice.

He went on to say, “So, every morning I put on my cemetery clothes. I’m coffin ready” The scarf, he said, has to do with his preserving his voice.  Something he learned from Luther Vandross.

The Oklahoma Eagle, through its publisher, Jim Goodwin, asked West to comment on an announcement made last year by Dr. Bruce Dart, Tulsa Health Department’s Director, that “racism is a public health issue.” West said this is important and shows it as the spiritual deficient, moral deficient and mentally challenged reality that it is. And if it cuts that deep that means our response must be very deep.

He commented on James Baldwin’s essay Fire Next Time, when Baldwin asked the question “How do you refuse to be a n-i-g-g-e-r? Because a n-i-g-g-e-r ized…a niggerization, is a thoroughly American phenomenon to take a people and transform them into those who hate themselves, devalue themselves, are told they are less beautiful, less moral, less intelligent… the movies, religious institutions, the universities, the education…and then to make sure they are forever afraid, intimidated, and scared, laughing when it ain’t funny, scratching when it don’t itch, always wearing a mask in order to feel like that’s the only way you can make it through life. Such a people will always be well adjusted to injustice, well adapted to indifference. And the question becomes ‘How do you deniggerize the people?’ What we learned at Shiloh (Baptist Church) is that Jesus deniggerizes. He’s in the deniggerizing business. God loves you and so what if all the white folks are hating you. They are not those who are in authority, you don’t have to be a nigger. Straighten up and be a human being, made in the image of God and get moving, and get on the love train. That’s deniggerization.”

Union 6th Grader Expelled For All The Wrong Reasons

Tulsa Native Randi Love Giving To Give Back