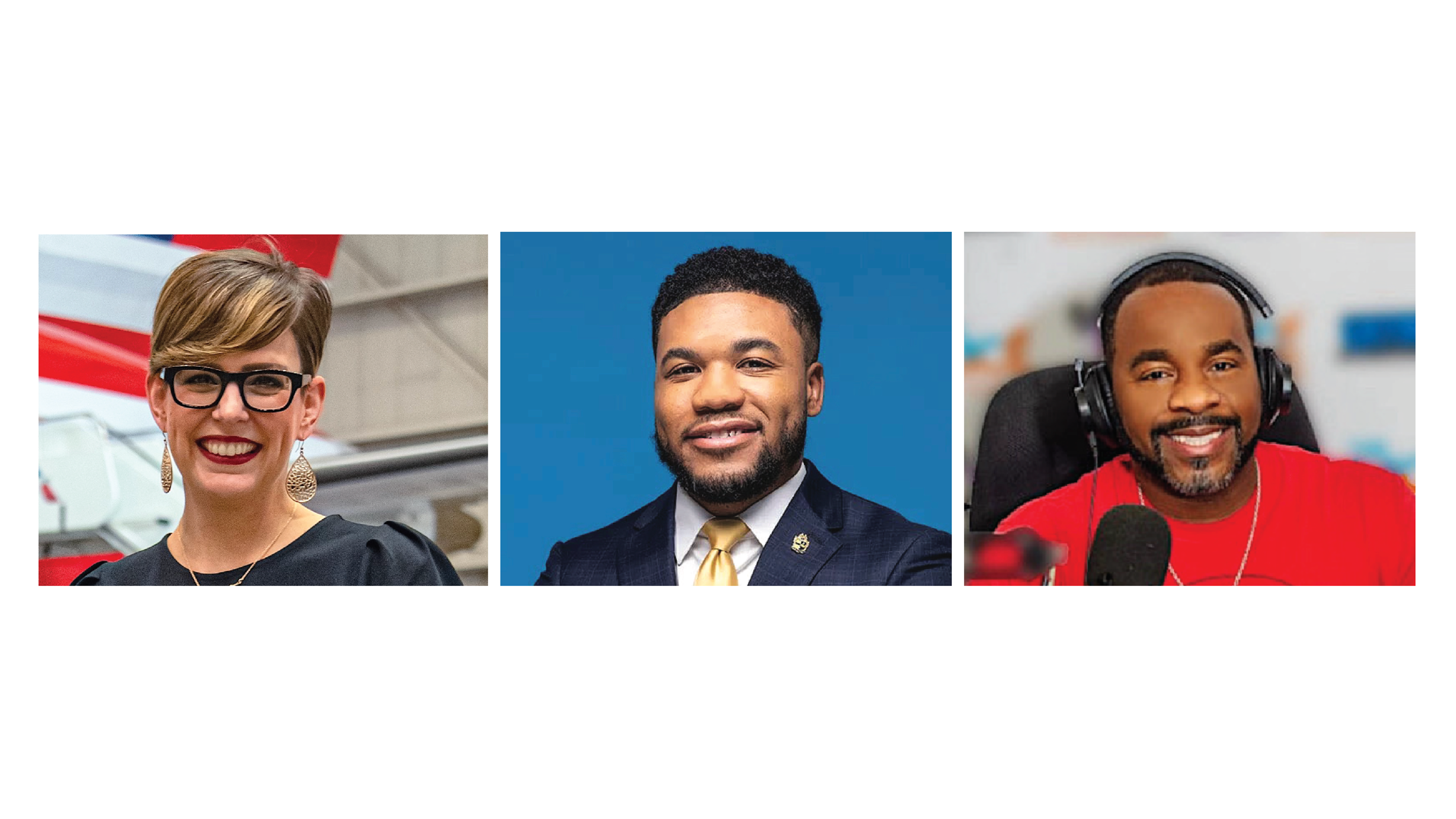 Weekends spent with loved ones in family’s homes. Summers at grandma’s house, attending a carnival with kids from all over. Consistent programming and activities that created the vibrant community that shaped their childhood. Heritage, pride and people all gathered into one family.

When Kian Kamas talks to people in North Tulsa about the Historic Greenwood District, these are the most recurring stories she hears.

But today, these neighborhoods are vanishing, a distant memory of the past.

“[It’s] just been incredibly impactful to have so many people talk about…’” said Kamas, executive director of the Tulsa Authority for Economic Opportunity, “knowing, remembering the streets where they grew up and remembering their family’s homes and knowing that they’re not there anymore and envisioning what is it that we need to do to envision what the next 100 years of this neighborhood looks like.”

She has been working since June 2021 on the Kirkpatrick Heights/Greenwood Master Plan to redevelop 56 acres of public land in three different sections of the Historic Greenwood District.

The first and largest piece of land under redevelopment as part of this project is 45.2 acres outside Emerson Elementary School, according to Our Legacy Tulsa’s report of the neighborhood and pieces of land to be developed. The second section of land is 6.4 acres next to the Greenwood Cultural Center, and the third is 18.6 acres of land by George Washington Carver Middle School.

Kamas recognized that given the history of the land, it would not be appropriate to just go and develop right away. Instead, the Master Plan has been working to get the community’s input about what they want to see the land be used for, and reflect that in the plans for the redevelopment, which will be finalized in June 2022.

In the 1980s, the University Center at Tulsa was created, and was supposed to occupy 200 acres of land; but 56 acres essentially sat vacant for years without being developed and utilized, according to Kamas. The Tulsa Development Authority sued and won ownership of the land back in 2018. But before that, the land was part of the historic Greenwood District and home to Black Wall Street, where the Tulsa Race Massacre occurred in 1921.

“Historically, the property was taken. It was damaged, stolen in various ways dating all the way back to the late 1800s. And, of course, most notably the 1921 Tulsa Race Massacre,” said Demauri Myers, the Neighborhood Revitalization Manager for the Tulsa Authority for Economic Opportunity.

“What we wanted to do is cement as much of the history of that area as best as we can and kind of pay homage to the people who were pioneers of the Greenwood area,” Myers said.

The Tulsa Race Massacre began on May 31, 1921, when white mobs looted, burned and destroyed an area of 35 city blocks in the prosperous Greenwood community. In the end, it was estimated that they killed more than 300 Black people and destroyed more than 1,200 homes and businesses.

After the massacre, it took Greenwood only three years to rebuild. By the 1940s, it was an economically vibrant community, according to Gary Lee, managing editor The Oklahoma Eagle, which has championed for redevelopment the historic district since the late 1960s. “The record will show that Greenwood was rebuilt very quickly and got on its legs in an almost miraculous way,” he said.

But then it was ruined again by various projects in an attempt of urban renewal. But currently, there are several redevelopment projects going on in the Tulsa/Greenwood area. Charles Harper, KBOB 89.9 radio host, emphasized how important it is for community members to get involved and share their input.

“It’s like our most important time in history right now. We’ve got to get this. There’s not going to be any more options if we miss this window,” he said.

Kamas recognizes that the development of this land is very personal. The project leaders have made it a top priority to get feedback from members of the community over the course of the planning process.

They have hosted interactive design workshops, such as one that was held on April 9.  They also targeted specific groups, like young entrepreneurs and K-12 students, to get their input on the project.

To ensure that there was a low barrier to learning about the Master Plan, they hosted a series of pop-up events at community spaces, where they knew people would be.

“We’ve spent the past…nine months of this project out in the community, trying to get feedback about ‘what do you want to see here? What is your vision, what does the future of Greenwood look like?’” said Kamas.

She stressed that it was important to keep track of whose voices were being heard, and whose were missing from the conversation.

“The goal of the redevelopment of all the land is really to develop it and activate the property at its highest and best use,” said Myers. “We’re doing our best to facilitate as much residential stakeholder community engagement to see what the community really likes, what they want, and just what’s possible.”

One of the unique aspects of the project, according to Kamas, is the intent to develop long-term governance and ownership of the sites. The land has been passed from hand-to-hand for decades, though it used to be a vibrant neighborhood.

This project aims to give back to the community, to see what they want to happen with the land that meant so much to them. So that they can return to the days of before, where there were activities for the neighborhood to get together, to help each other, and just hang out and have fun in a vibrant community that is owned by the people of the community.

“The effort from the community is reclaiming our land in a way that we can refocus our heritage in the neighborhood,” said Lee. “It’s about taking back something that was taken away a century ago.”

The Oklahoma Eagle, in partnership with the University of Maryland Philip Merrill College of Journalism and the School of Journalism & Mass Communication University of Wisconsin-Madison, and the “On the Ground Reporting” project, collaboratively instructed participating journalism students through the process of publishing stories that focus on community groups and issues in Tulsa and Oklahoma. The class was led by Maryland associate professor and Washington Post staff writer DeNeen Brown, an Oklahoma native, who teamed with Eagle editors M. David Goodwin and Gary Lee.

To read other stories in the student project, visit https://theokeagle.com/on-the-ground-reporting/