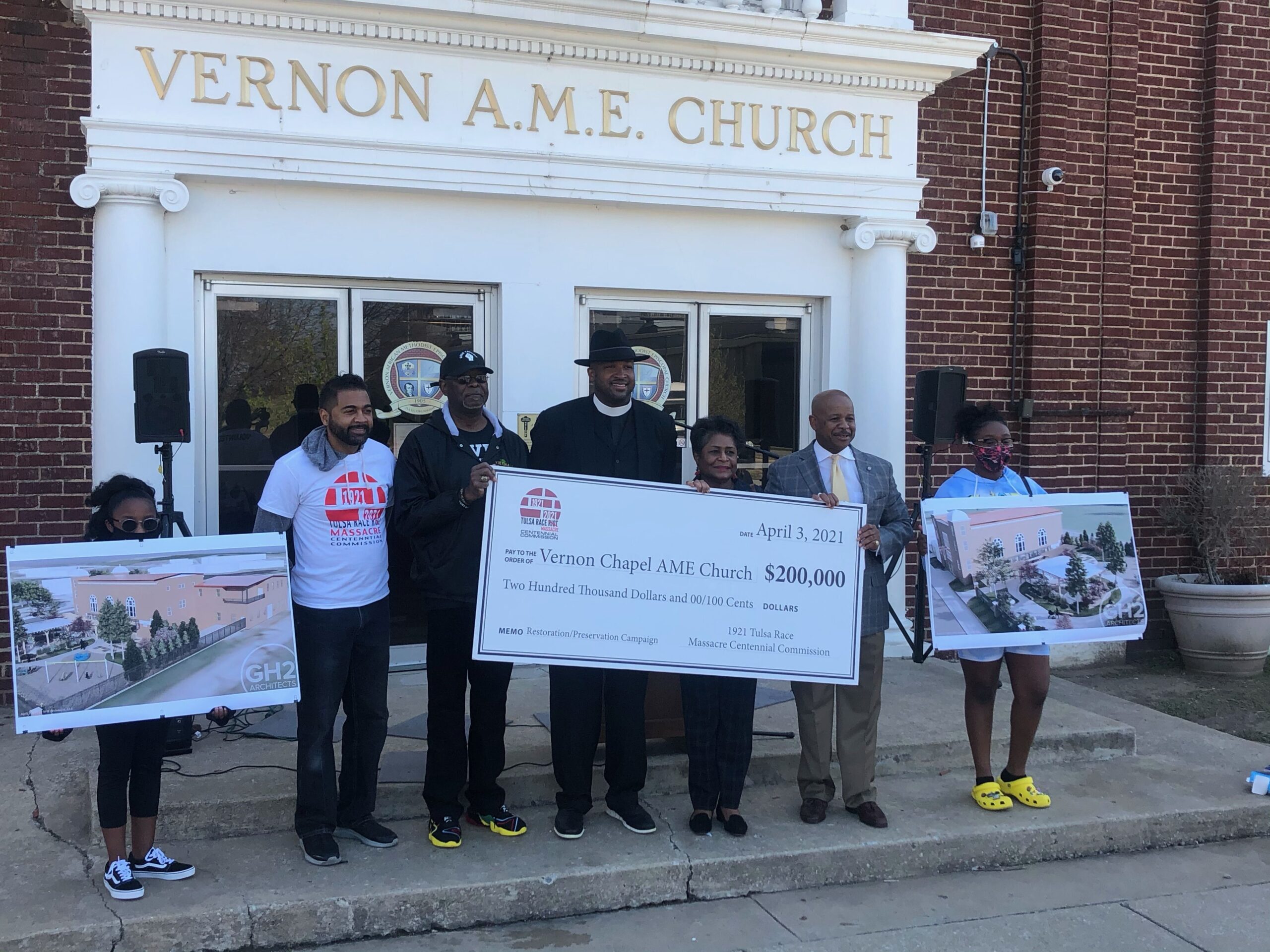 The 1921 Race Massacre Centennial Commission made a significant donation to a historic church that survived the massacre.

The Centennial Commission donated $200,000 to Vernon Chapel AME Church in Tulsa on Saturday.

Vernon Chapel AME is one of the only buildings remaining in Tulsa’s Greenwood District that survived the race massacre.

The building has needed repairs over the years so it can remain a safe place to worship.

The $200,000 donation will help make those repairs possible.

Pastor Robert Turner told KJRH the donation will preserve a piece of history that will now be around much longer.

“This donation, what it would mean for the church, is it will greatly help us in our restoration campaign, it’ll greatly help this church be here for another 100 years, for other generations to see just this magnificent place built by those who died and survived and rebuilt Greenwood after the worst massacre in American history,” Turner said.

The Tulsa Race Massacre occurred over an 18 hour period from May 31 to June 1, 1921, as a white mob attacked Black community members and set fire to homes and businesses in the predominately Black Greenwood neighborhood in Tulsa.

The casualties were enormous.

“In the wake of the violence, 35 city blocks lay in charred ruins, more than 800 people were treated for injuries and contemporary reports of deaths began at 36. Historians now believe as many as 300 people may have died,” the Tulsa Historical Society and Museum website states.