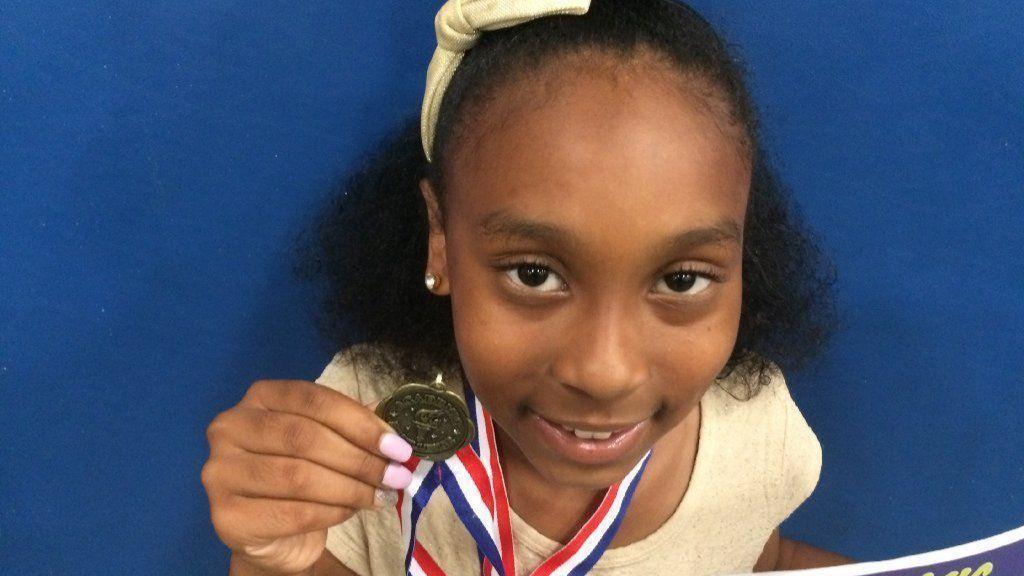 A bright student at Palmer Elementary School may be continuing her great grandmother’s legacy by astronomically excelling in mathematics.

Na Kia Boykin is the great-granddaughter of NASA Langley’s “human computer” Katherine Johnson and she’s scored a perfect 600 on her math Standards of Learning test. The third-grader was honored by her school on Wednesday.

“I like math because I can look at a problem and figure it out,” Boykin told the Daily Press. “You can just look at the problem and do it. You use the numbers, and you use your brain… It’s a good challenge.”

The third-grader was one of 59 Newport News, Virginia elementary school students to receive a perfect score on the math SOL’s.

Johnson who is one of America’s most iconic African-American figures and inspires young girls to take up studies in mathematics and engineering. In the movie “Hidden Figures”, Johnson who was played by Taraji P. Henson, was considered a walking “human computer.”

Boykin highlighted her great-grandmother’s love for science and math. Her father Douglas Boykin, which is Johnson’s middle daughter’s son, said his daughter aimed for a perfect score on her test.

“Finally she said, ‘I got all of ‘em! I got a perfect 600!’ And I started screaming like it was the Super Bowl,” expressed the proud father.

However, Douglas said the young girl looks up to her great-grandmother. “My grandmother is getting up there, and they’re not the same conversations that I had with her growing up, but it means a lot to Na Kia. My grandmother always says that learning is a lifetime, and Na Kia knows this is just the beginning.”

The third-grader expressed her desire to become a teacher and will be attending a science summer camp over the summer in New Orleans.

“I always want to be helping other people learn,” Na Kia said. ‘And I want everyone to know me when they see me. I want people to say, ‘Oh my gosh, that’s Na Kia Boykin!’”